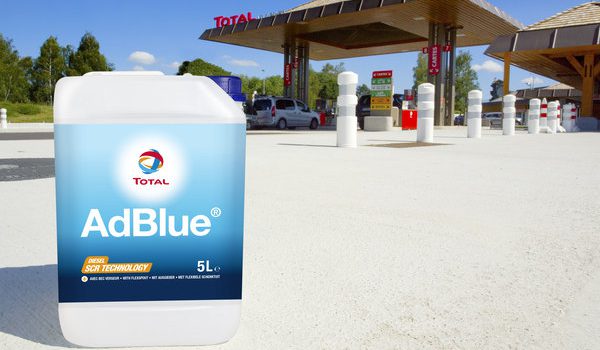 Do you want to acquire a Diesel vehicle but don’t know whether it works with AdBlue®? Only Diesel vehicles fitted with an SCR catalytic converter are affected. Originally, AdBlue® was used only by heavy vehicles, but nowadays more and more private vehicles are working with AdBlue®. Here is how you determine whether your vehicle needs it.

Who is AdBlue® intended for?

AdBlue® is neither a fuel nor an additive. It is an aqueous solution made up of 67.5% demineralised water and 32.5% high purity urea. Compliant with standard ISO 22241, AdBlue® is non-hazardous to the environment, biodegradable and water-soluble.

The conversion happens in 3 stages:

> See also: What is SCR technology?

Which car brands use AdBlue®?

If you have one of these vehicles, you can fill up with AdBlue® at a service station either at a pump (if an AdBlue® pump is available), or by buying a drum of AdBlue®. Depending on the Peugeot model, the AdBlue® tank may be accessed at one of two locations: in the boot or behind the fuel filler flap next to the Diesel tank.

> See also: Topping up with AdBlue® in pictures

For all models under the chevron logo using SCR technology, the filler port is next to the Diesel port. Citroën provides its vehicles with a very large AdBlue® tank having an average capacity of 17 litres.

The other French manufacturer, Renault, offers SCR technology on its most recent models. These include the Renault Alaskan, Captur, Clio, Espace, Kadjar, Kangoo, Koleos, Master, Megane, Scenic, Talisman and Trafic. Depending on your Renault model, access to the AdBlue® tank may be located next to the Diesel tank, in the boot or under the bonnet.

Opel incorporated SCR technology in 2017. Among the models using it are the Opel Astra, Cascada, Grandland, Crossland, Insignia, Movano, Vivaro or Zafira. On all Opel models, the AdBlue® filler port is located next to the Diesel port.

Mercedes also offers numerous vehicles using AdBlue®, in particular all those fitted with BlueTEC technology such as the ML 250 BlueTEC, R350 BlueTEC and E200 BlueTEC. The Class-A, Class-B, Class-C or CLA Diesel models also have SCR technology. On Mercedes vehicles, access to the AdBlue® tank is generally next to the fuel tank.

All recent Volkswagen Diesel vehicles are fitted with SCR technology. The Volkswagen Golf, Amarok, Polo, Passat, Tiguan, T-Roc and Touran therefore use AdBlue®. Depending on the model, the capacity of the AdBlue® tank varies between 11 et 19 litres and the filler port is located next to the Diesel port, i.e. under the bonnet or in the boot.

Since 2017, BMW have been offering Diesel models fitted with SCR technology, from Series-1 to Series-7. The X range is also offered with selective catalytic reduction, from X-1 to X-7. Depending on the model, the tank may contain between 12 and 15 litres of AdBlue®. It is filled next to the diesel tank, i.e. in the engine compartment.

Audi also incorporates SCR technology in its recent Diesel models. Models from the A3 to the A8, including the A4, A5, A6 and A7, use AdBlue®. The same applies to the Q range with the Q2, Q3, Q5, Q7 and Q8 which are also provided with selective catalytic reduction technology. Depending on the Audi model, the AdBlue® tank may accommodate between 12 and 24 litres of AdBlue®. The filler port is located next to the Diesel port.

To check whether a vehicle is fitted with SCR technology or to estimate its AdBlue® consumption, use our simulator.

Need AdBlue®? Find the nearest TotalEnergies service station to you with AdBlue® available in drums in the shop and for certain stations via dedicated AdBlue® pumps.