A new system using SCR technology has been developed by the German carmaker Volkswagen. The distinctive feature of this new system: the twin injection of AdBlue®. How does this innovative pollution control system work? What sort of results has it been achieving? The key aspects of this technology.

What’s the principle behind the new SCR pollution control system? 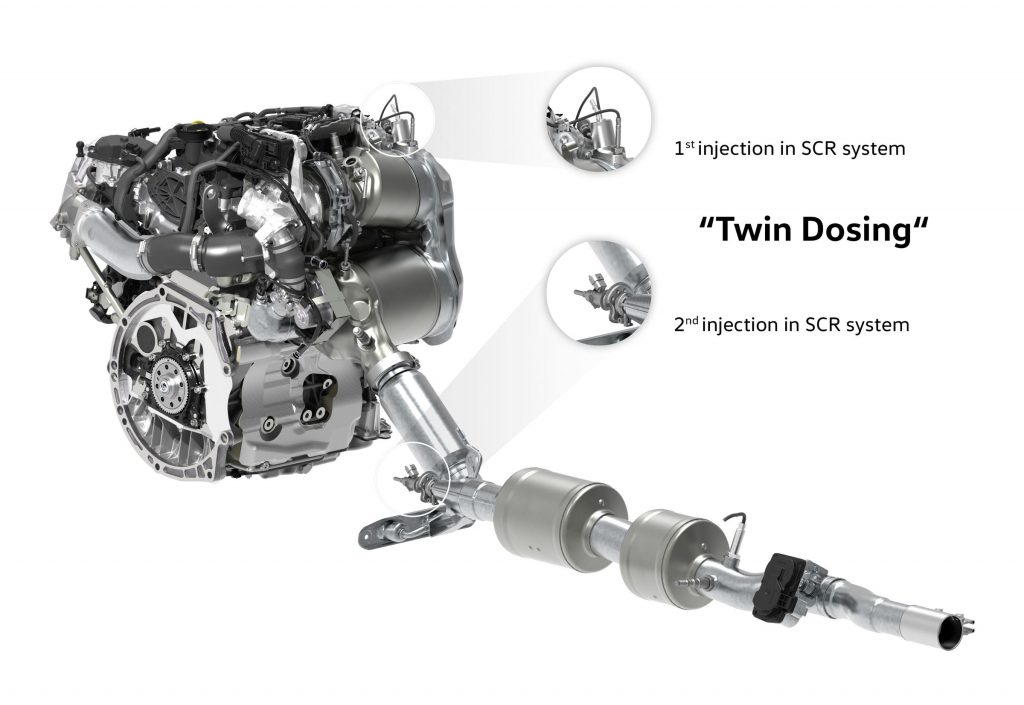 According to Volkswagen, the emissions measured under real life conditions (RDE – Real Driving Emissions) confirm an 80% reduction in nitrogen oxide emissions (NOx) with the AdBlue® double dose technology for the 2.0 TDI Evo engine, compared to the previous generation. *

Since 2018, Volkswagen has equipped all of its Diesel vehicles with an SCR system for the processing of NOx. The German manufacturer will be gradually rolling out this new SCR technology with twin dosing of AdBlue® to all vehicles equipped with a 2.0 TDI Evo engine.

Recap: how does using AdBlue® make it possible to cut pollution?

All new light Diesel vehicles must be equipped with a system for processing nitrogen oxide (NOx). The most commonly used system is SCR technology, which works with AdBlue®.

AdBlue® is a liquid comprised of 32.5% urea and 67.5% demineralised water. It is injected into the exhaust pipe ahead of the SCR catalytic converter. Thanks to this catalytic converter and the effect of the heat, the AdBlue® breaks down into ammonia (NH3). Through a chemical reaction, the nitrogen oxide (NOx) from the engine reacts with the ammonia and is converted into nitrogen (a harmless gas, which is the main component of the air we breathe) and water vapour.

It should be noted that AdBlue® is neither an additive nor a fuel. It is a liquid which must be added in a special reservoir. All vehicles equipped with an SCR catalytic converter have a separate AdBlue® reservoir.

> Further reading: Topping up with AdBlue® in images