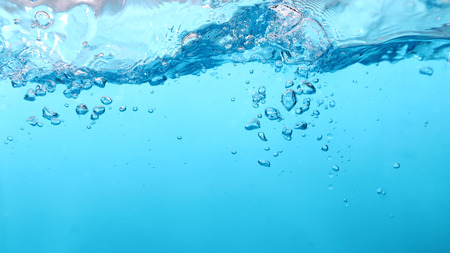 No, contrary to what you might think, AdBlue® is not blue, it is a colorless liquid…

AdBlue® is a solution for diesel cars that has been used in heavy goods vehicles since 2006 and light vehicles since 2014. That means it’s been on the market for more than 15 years. Despite this, it is still subject to certain misconceptions regarding what it’s made of, what it’s for and how it is used. Here are our answers to the most common misconceptions about AdBlue®, and what it really is!

AdBlue® is not a fuel substitute

Let’s start with the obvious, which will be useful to remember: no, you cannot run a diesel engine with AdBlue®. Its sole purpose is to reduce nitrogen oxide emissions in diesel vehicles, in order to improve air quality.

In fact, AdBlue® has its own tank. If it is not filled, the vehicle will not start – but don’t worry, a warning light will come on when it’s time to refuel. If your AdBlue light® comes on, that means you have 2,400 km of range left. Note: you must fill the tank with at least 4 litres of AdBlue® before the indicator will go out.

Most of the time, the tank is located near the fuel filler flap. If this is not the case, it may have been placed behind a hatch in the boot or at the front of the vehicle, under the bonnet

If you’ve made a mistake and put AdBlue® in the diesel tank, do not start your vehicle. Contact a mechanic or repairman immediately.

Unlike water, AdBlue® does not freeze at 0 degrees

Contrary to what some believe, AdBlue® does not crystallise at 0 °C. For this to occur, temperatures must drop below -11 °C.

Additionally, if the AdBlue® ever partially crystallises, for example during a rough night in the mountains, you won’t necessarily need to discard it. Freezing won’t make it less effective, and the heat of the engine should be enough to restore it to its original liquid form.

No, AdBlue® does not contain urine

So, is AdBlue® made of urine? Not at all! The reason for this rumour is that AdBlue® is made of 67.5% demineralised water and 32.5% urea. However, urea is not strictly speaking urine, but rather one of its components.

In addition, no human or animal urine is used to create the urea in AdBlue®. Instead, it is produced through a chemical reaction between ammonia and natural gas. By extension, if your vehicle breaks down, remember that you cannot make your own AdBlue®.

AdBlue® is not an additive

Many people incorrectly describe AdBlue® as an additive for diesel engines. However, it is not: as the name suggests, an additive is a liquid that is added to another to make it more effective or to change its properties. This is not the case with AdBlue®.

AdBlue® is an aqueous compound, with its own specific purpose. It has a special tank and is used to reduce almost all of the nitrogen oxides emitted by a diesel engine.

No, AdBlue® is not toxic

Due to its composition (demineralised water and urea), AdBlue® is completely non-toxic. It is also non-flammable, so it can be safely stored without issue. In addition, at high temperatures it simply turns into ammonia, though only above 100 °C.

However, if you get AdBlue® on your hands or clothes, try to rinse yourself immediately with clean water, as the product can stain. The same applies if the liquid spills on the car’s body: wash it immediately with water.

> See also: What is SCR technology?